A Tribute To Hugh Marlowe 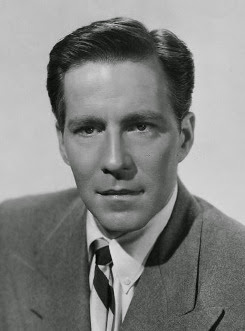 The Man Who Would Be A Star


Hugh Marlow began his stage career in the 1930s at the Pasadena Playhouse in California. He was often cast as a secondary lead or supporting actor in the films he appeared in.
Marlowe’s films included;


Of particular interest to the subject matter of this blog is Hugh Marlowe’s roles in science fiction films during the 1950s. These films include; 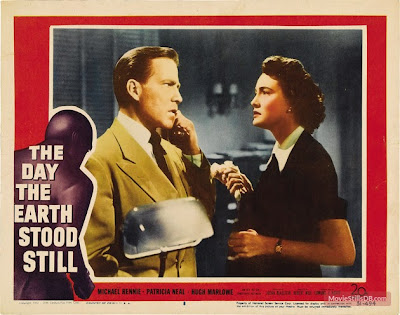 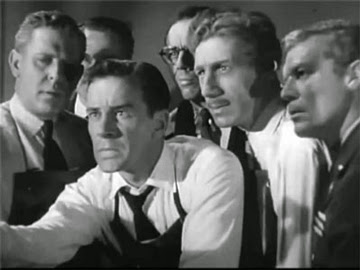 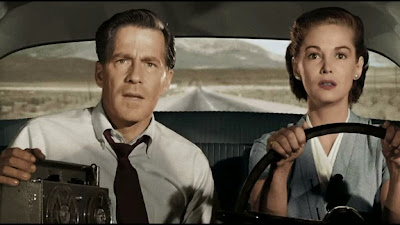 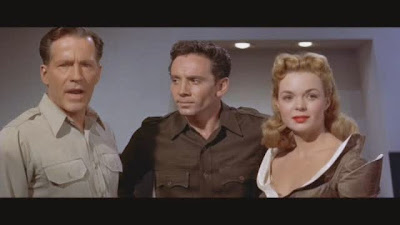 It is very easy to see how Hugh Marlowe can be easily confused with actor, Richard Carlson. The physical similarity between them is quite remarkable.

Marlowe also has a way of speaking with clear and precise enunciation of words so that the audience has no trouble hearing and understanding what he is saying: a quality sadly lacking in many actors of the modern era.

In relation to his appearances in classic sci-fi films of the 50s, it is ironic that Marlowe regarded science fiction as being rather beneath his dignity, and something better to avoid while pursuing one’s career.

In the classic 1951 sci-fi film, The Day the Earth Stood Still, Marlowe competently played the role of Tom Stevens, an unscrupulous man intent only on pursuing fame and his own social and economic advancement by being instrumental in delivering the alien Klaatu to the authorities.

After performing at the Pasadena Playhouse, Hugh Marlowe had minor roles in major productions like Mrs Parkington (1944) with Greer Garson and Meet Me in St. Louis (1945) with Judy Garland, Then came more significant roles in films like Twelve O’clock High (1949) with Gregory Peck, All about Eve (1950) with Bette Davis and Monkey Business (1952) with Cary Grant.

At about the time of his appearance in The Day the Earth Stood Still, Marlowe's film career progress stalled somewhat, resulting in a greater willingness to accept leading roles in low-budget science fiction films. For instance, in World without End, Hugh Marlowe plays the commander of four astronauts who find themselves in a post-holocaust future. In Earth vs. the Flying Saucers he had a more pivotal role as the film’s main protagonist. His performances in both films while not particularly exceptional or note-worthy, were nevertheless quite satisfactory.

There were no more starring roles for Marlowe after Earth vs. the Flying Saucers. Instead, he appeared primarily as a television guest star, usually in westerns or crime dramas.

In 1962, Marlowe played the part of Sam Garner in the episode "The Pitchwagon" on CBS's Rawhide. He made six guest appearances on CBS's Perry Mason, starring Raymond Burr and he was a regular on the NBC television daytime drama, Another World. In that drama, he was the last of four actors to portray the Matthews family patriarch, Jim Matthews, from 1969 until Marlowe's death on May 2, 1982, from a heart attack at the age of seventy-one. 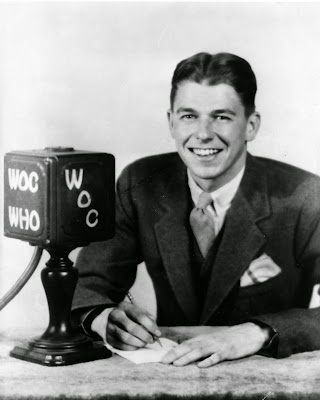 Hugh Marlowe Quote: "I've always believed the kindest thing a man can do in this business is tell someone when they should get another line of work." –Marlowe’s advice to Ronald Reagan when they were co-workers at WOC radio station in Davenport in 1933 when Reagan was about to be dismissed as a young announcer for his poor delivery of commercials. Reagan promptly ignored Marlowe’s advice, improved his microphone delivery technique and avoided dismissal. (History might have taken a different turn if he took the advice. Makes you wonder: What If….?!) 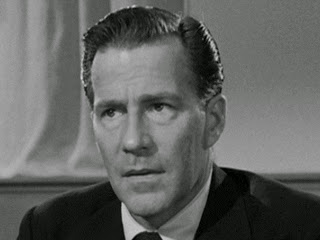