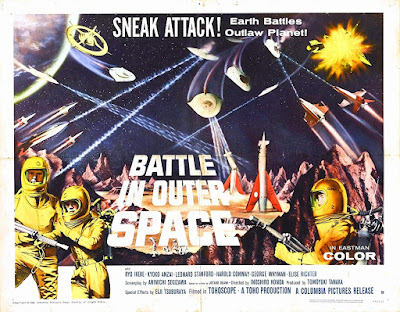 HERE COME THE PLANET SMASHERS!
The Moon is Captured! The Earth is Next!
SPACE DECLARES WAR ON EARTH - OUTLAW PLANET CAPTURES THE MOON!
Space Wages War on Earth! 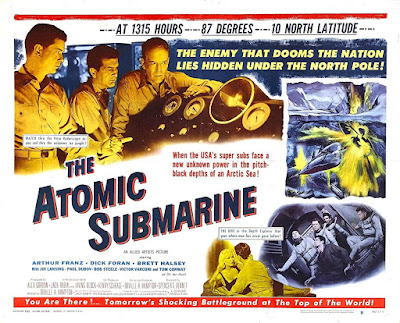 A low-budget sci-fi thriller with overbearing narration, grainy stock footage, ordinary effects and cheap sets, but also containing some quite interesting concepts and plenty of action.


It's 1968 – 10 years into the future!
Ships and submarines crossing the North Pole have mysteriously vanished!
The nuclear sub, Tiger Shark is sent out to investigate.
What they discover is not so much out of this world as…….
Deep within its waters!

Read more »
Posted by Chris Christopoulos at 21:53 No comments: