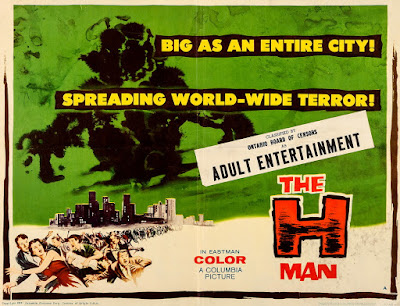 A slow-paced allegory about the effects of radioactivity conveyed via a disconcerting clash of plot elements from both the crime and science fiction genres.


Read more »
Posted by Chris Christopoulos at 17:00 No comments:

A Tribute to Eugène Lourié 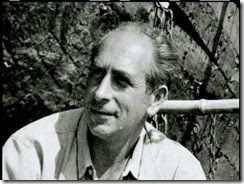 A film pioneer of many talents

Eugène Lourié, French film director, art director, production designer, set designer and screenwriter was born in Charkov, Ukraine on April 8, 1903. He was well known for his 1950s science fiction movies, some of which have been featured in this blog.

In 1919, Eugène Lourié worked on an anti-communist film titled Black Crowes. Having fled from the Soviet Union, he made his way to Istanbul where he earned enough money for a fare to Paris, France by painting and drawing movie posters.

While in Paris, Lourié studied painting and stage design. He designed sets and costumes for various ballet companies before turning his attention to film.

In the 1930s, Eugène Lourié worked as a production designer for the likes of such directors as Jean Renoir, with whom he worked on the French films, La Grande Illusion and La Règle du Jeu. Lourié took over as sole art director for the former film.

In the early 1940s, Lourié moved to Hollywood and worked with such directors as Sam Fuller, Robert Siodmak and Charlie Chaplin. He was art director for Chaplin's last American film, Limelight (1952). 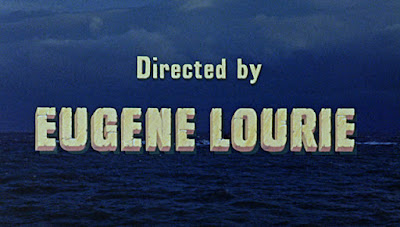 In 1953, he made his directorial debut with The Beast from 20,000 Fathoms, the first of three dinosaur films that Lourié would direct and which tended to typecast him as a science fiction film director. For these giant-monster films, Lourié often did the art direction and special effects on them as well. 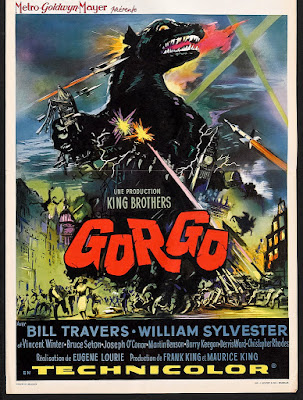 After his 1961 film, Gorgo, Lourié stopped directing movies because he did not want to direct "the same comic-strip monsters."

He was nominated for an Academy Award in 1969 for best visual effects on the film Krakatoa, East of Java. In this film, Lourié made a non-speaking cameo appearance playing the part of a lighthouse keeper on the coast of Java in 1883 who observes Krakatoa's final cataclysmic explosive eruption and sends news of it to the outside world by telegraph. 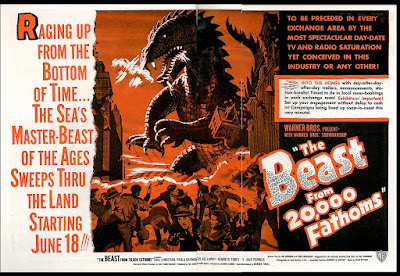 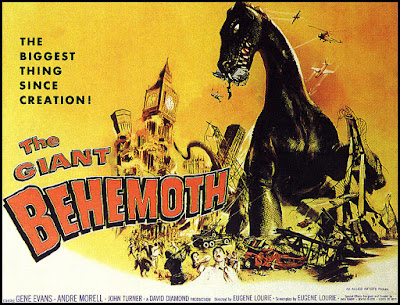 DeathLourié died on 26 May 1991 (aged 88) due to a stroke while in the Motion Picture and Television Hospital in Woodland Hills. He was survived by his wife Laure and a daughter. 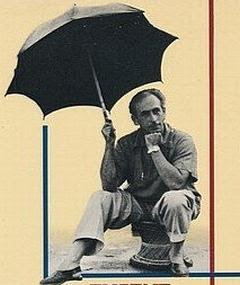 Posted by Chris Christopoulos at 21:38 No comments: 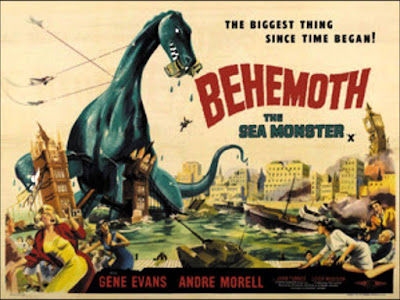 Dead fish washing up on the Cornwall coast?
Radioactive fish?
Locals suffering from radiation burns?
Reports of a monster?
A dinosaur revived by atomic radiation?
A behemoth heading towards London, destroying all in its path?


Read more »
Posted by Chris Christopoulos at 22:43 No comments: