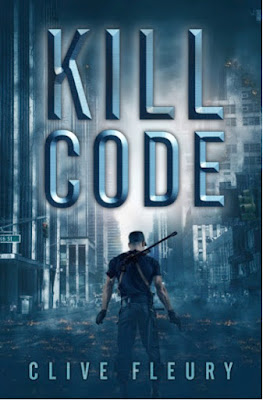 WHEN THE OCEANS RISE...THE TRUTH DROWNS

The year 2031.
Our future - Their present.
A world decimated by climate catastrophe, where the sun's heat is deadly and the oceans rise higher every day.
A world ruled by the rich, powerful, and corrupt.
A world where a good man can't survive for long.

Hogan Duran was a good man once: a good cop, forced to resign in disgrace when he couldn't save his partner from a bullet. Now Hogan lives on the fraying edges of society, serving cruel masters and scavenging trash dumps just to survive.

But after four years of living in poverty, Hogan finally gets the chance to get back on his feet. He's invited to join the National Security Council, the powerful paramilitary organization responsible for protecting the rich and powerful from the more unsavoury elements of society. All he needs to do is pass their deadly entrance exam, and he'll be rewarded with wealth and opportunity beyond his wildest dreams.

But this ex-cop's path to redemption won't be easy. The NSC is hiding something, and as Hogan descends deeper and deeper into their world, he starts to uncover the terrible truth of how the powerful in this new society keep their power...and just how far they'll go to protect their secrets.

In a world gone wrong, can one good man actually make a difference?
Or will he die trying?

“I am an award-winning writer of books and screenplays, and a TV and film director and producer. I have worked for major broadcasters and studios on a wide variety of successful projects in the US, UK, Australia, Europe, and the Middle East.”

Released as an eBook and paperback on Amazon, and available as a paperback at Barnes & Noble.

Clive Fleury’s new book Kill Code: A Dystopian Science Fiction Novel, is a real page-turner that would be equally at home on the big screen. The reader gains a real sense of who the characters are, and the plot moves along at a very brisk pace, never allowing the reader to get caught up in unnecessary detail or long tedious explanations.

Although there were some interesting plot twists, much of the territory seems to be quite familiar and reading the story is like meeting up with an old friend.

For an entertaining and enjoyable read suitable for young adults and older readers, Kill Code will fit the bill and won’t disappoint.
Posted by Chris Christopoulos at 22:53 No comments:

[The following kind of Orwellian social engineering scenario has been reported in the media recently and has been the subject of dystopian science fiction books and films.]

You wake up in your small apartment and wait for the lids of your left to slowly scrape and pry themselves open. Yet another day squats oppressively over a city enveloped in a thick almost impenetrable shroud of smog through which not even the faintest futile sliver of sunshine can manage to find passage.

You are a single individual in a mega-city of tens of millions in a nation of over a billion souls. It is a society in which speech, association and other civil rights are being increasingly and insidiously regulated by the Party.

You have until recently been led to believe that you were one of the lucky ones – one of the trustworthy allowed to roam freely under heaven. Unlike the discredited who are barely permitted to take a single step. And so, you behaved yourself.

You have watched your country grow into a superpower in terms of its unprecedented economic growth and its ability to stride the international stage along a road of silk. You had a great job, a roof over your head, excellent prospects, the latest tech, VIP treatment at hotels and cheap loans. And so you behaved yourself. 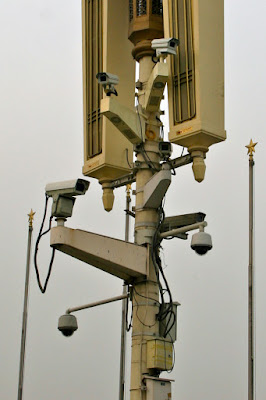 So, where did it all go wrong for you? What happened to cause such a drop in your citizen score card? Did one of the millions of surveillance CCTV cameras that monitor your country pick up something you did that was not approved? Was it due to a certain expression on your face that betrayed your thoughts or perhaps the way you were walking? Maybe it was something you bought in a shop that spoke volumes about your character that faceless officials did not approve of.

Whatever the reason, you now find that you are gradually being squeezed and locked out of the rest of society. You are banned from travel, you cannot get credit and you have lost your government job and previous spacious apartment. Still, you are certain that you have behaved yourself.

Think now! Your work with the government and links to various large companies have given you some insight into your nation’s adoption and development of artificial intelligence systems. 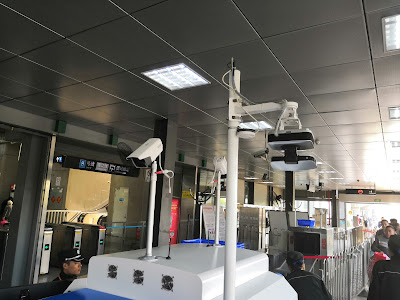 You helped facilitate the installation of surveillance cameras equipped with facial recognition, body scanning and geo-tracking capabilities as part of a nation-wide system of monitoring every citizen.

You even took part in working groups to trial smartphone apps that are now widely used to collect data and monitor users’ online behaviour. Phone apps also give approved loyal citizens access to special privileges like renting a car, a hotel room or a house without a deposit. And so, you all behaved yourselves.

It was no problem for you and your colleagues taking part in what you were led to believe was a trial social credit system, even while being more aware than most that data from government, educational, medical and financial records would be fed into your individual score. And so, all you had to do was to behave yourselves.

Did you, loyal citizen truly believe that it was the best way to manage and achieve stability, security and safety in an increasingly complex country with a population of 1.4 billion? Had you become so accustomed to the government taking a major role in shaping your personal affairs? Is that how you rationalized it? So, how stable and safe do you feel now?

I bet you now wonder if it was wise to place a higher priority on community good over your individual rights. Where was the public debate about the social credit system’s introduction? Perhaps you now realize it is being used as a means of silencing dissent and ensuring the Party’s absolute supremacy over every aspect of life in your society.

And so you sit and wonder, just one of millions of your fellow countrymen and women who are being punished for being out of step.

You can’t imagine any of your friends or family saying anything negative about the government that would have adversely affected your social credit score.

Just the other day you learned of a case in which a man lost his social credit when he was charged with a speech crime. He soon found himself locked out of society due to his low score.

After losing a defamation case for accusing an official of extortion, he was made to publish an apology and pay a fine. When the court demanded an additional fee, he refused and found himself blacklisted as “dishonest” under the social credit scheme. His travel options have been curtailed and he is effectively under house arrest.

Like you, the system destroyed his career and isolated him.

Go on, just try to use a phone app to book train tickets! Just as I thought, your attempt has been rejected. Care to check out your social media accounts? What? Wechat and Weibo censored and shut down!! A final slamming of the door to your cage of aspirations where you were kept fed on a diet of lies and false hopes.

No doubt our friend will soon find out in due course the real reason behind the changes to his personal score - changes that are having severe personal socio-economic consequences for this one individual in a mega-city of tens of millions in a nation of over a billion souls.

Whether or not such a scenario actually exists, it is important to note that the potential for it happening does. It’s therefore important that we understand and have a say about who is collecting data about us, what kind of data is being collected, what is being done with it, and why they (whether they be corporate or government) might want to. 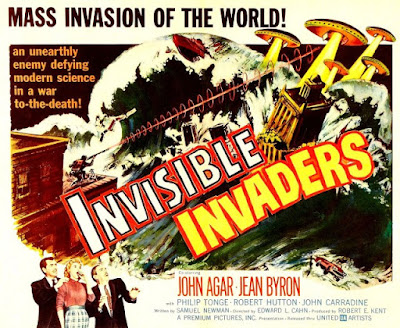 Before The Last Man on Earth (1964); A bit after Creature with the Atom Brain (1955); Way before Night of the Living Dead (1968) there was – Invisible Invaders! A cheaply made but somewhat entertaining sci-fi film

On the moon for twenty thousand years!

Undetectable due to their invisibility!

Determined to annihilate humanity unless all the nations of earth surrender immediately!

Taking over and occupying the bodies of the recently deceased!

Who can stop them?
Can they be stopped?

Read more »
Posted by Chris Christopoulos at 22:24 No comments: