The Future We Imagined And Feared Is Now Here...


How do you feel after watching this video? Any little red flashing lights or nagging voices at the back of your mind warning you that something is not quite right?

Unknown probably to most people, Amazon has recently been heavily marketing its “Rekognition” software to police departments and government agencies. The technology can recognize and track faces in real time, and the fear is that this powerful surveillance tool could easily be misused by law enforcement and other agencies.

The technology works through pattern recognition whereby customers (ICE, Homeland Security or other government agencies) place known images into a database. The software then uses artificial intelligence to scan new images for a match with those already stored. The more images that are fed into the system, the more accurate the software becomes. Amazon’s "Rekognition" can identify up to 100 people in a crowd!

Most of us have via the entertainment media been familiarized (indoctrinated?) with facial surveillance technology. We have become used to seeing it being deployed seamlessly in science-fiction, police drama and so-called reality programs. What is often not adequately considered in any depth are the potential threats to civil rights surrounding the use of such technologies.

Can we be confident that the take-up and use of such technologies will not result in the targeting of certain marginalized groups along with an increasing incidence of human rights abuses such as the current disgusting deportation and mass detention programs we have seen in the US?

Are we as a society treading a dangerous path when we allow powerful corporations to become involved in the surveillance business and the consequent violation of human rights at home?

Should we also be in the business of offering technical support to regimes and entities else-where in the world that monitor and oppress their own populations and where the separation of data-collection and the State simply does not exist?

What was once a technology that belonged to the realm of science fiction and fantasy as now become a practical reality allowed to proliferate often without public vetting or debate.

Image recognition software is like most forms of technology, a double-edged sword. For instance, it could be argued that it would allow owners of dating apps to identify unwanted inappropriate or explicit content. On the other hand, it could also allow strangers to identify people who might not wish to be identified, such as shoppers in stores, individuals in a crowd, or people in photos posted on social media. Yes – even YOU!

Image recognition software certainly has the potential to contribute to public safety in terms of law enforcement and combating acts of terrorism. However, the danger lies in its potential to be misused when its stated intentions are used to justify the increased use of mass and untargeted surveillance for political or other purposes.

Our right to anonymity is fast disappearing in a world that is being constantly monitored by phone cameras, CCTV surveillance cameras, body cameras and so on. There are now so many opportunities for each of us to have our images captured, identified, analysed and stored in perpetuity.

The next worrying step with the increasing use of facial recognition and image-scanning technology is the ability to scan the emotions on people’s faces. This together with other forms of “predictive” artificial intelligence technologies opens up a brave new world in which individuals are constantly being assessed and placed under suspicion on their potential or propensity to transgress or commit a crime without having actually done anything wrong.

The Trollenberg Terror [aka The Crawling Eye] (1958) 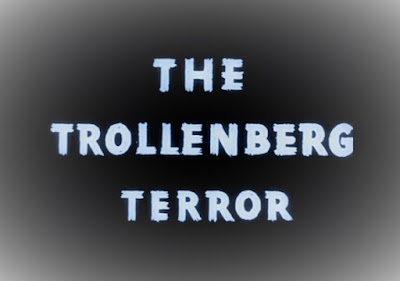 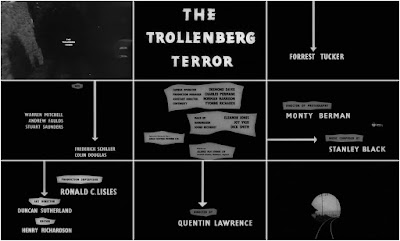 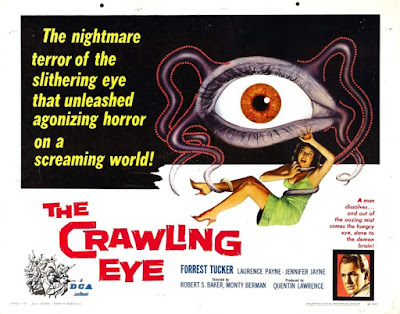 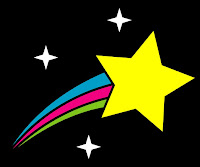 The Independent Star
Your Weekly View into The Unknown…. 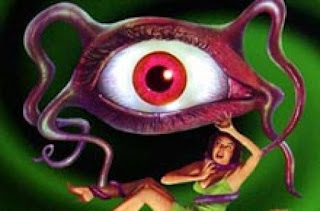 Be amazed by Philip Truscott’s strange account of the events in which he personally took part, in his article, “The Trollenberg Terror.”

Read on to find out more about the horror of the Trollenberg Terror.......

Read more »
Posted by Chris Christopoulos at 23:35 No comments: