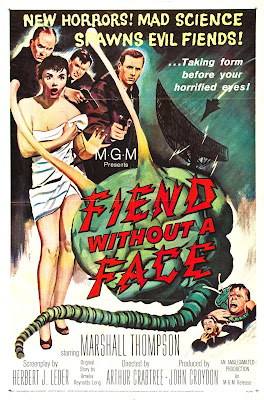 More than just another atomic cautionary tale that is saved by a rip-roaring climax with a pretty nifty use of stop motion animation. 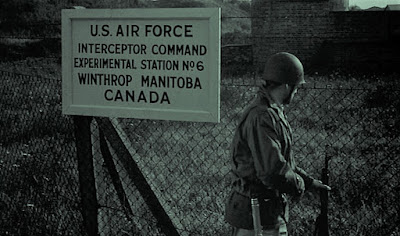 U. S. Air Force Interceptor Command Experimental Station No. 6 is a long-range radar installation located in Winthrop, Manitoba, Canada. Its function is indicated by the periodic overhead slicing of the sky by supersonic jets and the demented electronically choreographed nodding and swivelling tracking motions of the radar antennae.

As darkness slowly and silently slides over Air Force experimental station 6, a sentry stops to light up a smoke when suddenly he hears strange sounds emanating from the nearby woods. A scream from the woods brings the sentry running to investigate where he soon finds the body of a man with a hideously distorted face.

Read more »
Posted by Chris Christopoulos at 23:51 No comments: 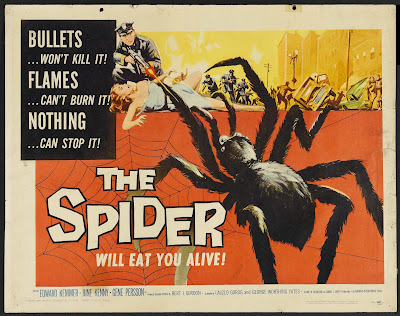 
In our own age of gross hyperbole, overstatement and exaggeration, the title, “Earth vs. the Spider” makes perfect sense as a means to achieving a particular end. After all, who would want to go and see a film titled, “Small town of River Falls takes on big spider?” Strip away the bullshit and what are we really left with? As far as Earth vs the Spider is concerned, read on to find out…..

Read more »
Posted by Chris Christopoulos at 19:43 No comments: