A Tribute to Warren Stevens 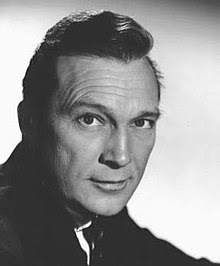 Screen Sci-Fi Stalwart -
That & Much More!

Warren Stevens is the actor with the familiar face we have seen in many films such as the sci-fi classic, Forbidden Planet (1956) and the 1954 film, The Barefoot Contessa in which he appeared with Humphrey Bogart, Ava Gardner and Edmond O'Brien. Let’s also not forget the numerous TV series Warren Stevens appeared in such as the original Star Trek.

Warren Stevens was born Warren Albert Stevens on November 2, 1919 in Clark’s Summit, Penn., He attended the Naval Academy but due to vision problems he left before graduating. He did later manage to serve as a pilot in the U.S. Army Air Corps during WWII.

After WWII he worked in radio and joined the Actors Studio in New York. He was then offered a Hollywood contract at 20th Century Fox and made his Broadway debut in The Life of Galileo (1947).

As a contract player, Stevens had little control over the roles he played.

His first movie role was in The Frogmen (1951), starring Richard Widmark and Dana Andrews, followed by other roles including Phone Call from a Stranger (1952), Wait Till the Sun Shines, Nellie (1952).

In 1952 Stevens appeared in seven films, including the Deadline — U.S.A. (starring Humphrey Bogart) in which Stevens had a significant supporting role as a reporter. 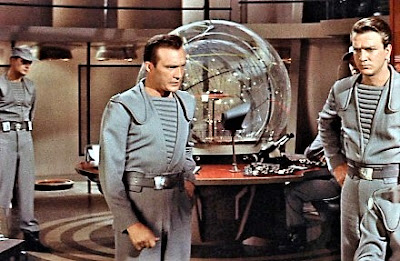 In 1956 Stevens was given a very solid role in the classic sci-fi masterpiece, Forbidden Planet (1956) in which he played the part of Lt., "Doc" Ostrow.

His other sci-fi movie appearances included, On the Threshold of Space (1956) as Capt. Mike Bentley and as Dr. Carl Zellar in Cyborg 2087 (1966), starring Michael Rennie. 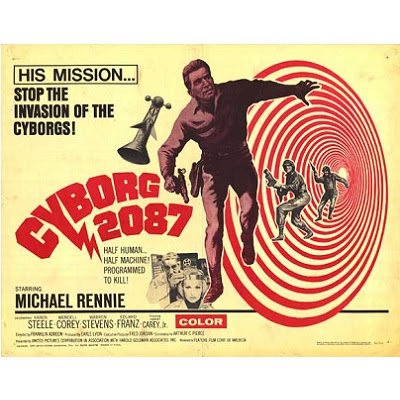 Warren Stevens went on to have occasional supporting roles in big films but was unable to achieve a real breakthrough in his career with A-list movies. The direction of his acting career thereafter shifted to television as a journeyman dramatic actor.

Stevens also appeared in episodes of some classic Western series such as, Laramie, Wagon Train, Gunsmoke, Bonanza, Daniel Boone, The Virginian and Rawhide. 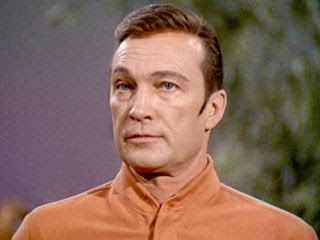 Fans of film and TV sci-fi / horror will definitely appreciate Warren Stevens contribution to the genre with appearances in Alfred Hitchcock Presents, The Twilight Zone ("Dead Man's Shoes"), One Step Beyond ("The Riddle”), The Outer Limits ("Keeper of the Purple Twilight"), Star Trek ("By Any Other Name"), Voyage to the Bottom of the Sea, The Time Tunnel, Science Fiction Theater, and Land of the Giants. 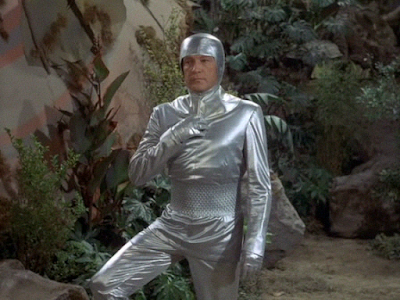 Warren Stevens died in Sherman Oaks, Calif., of respiratory failure on Tuesday, March 27, 2012. He was 92. He had three sons and was married to Barbara Fletcher Stevens for 43 years. 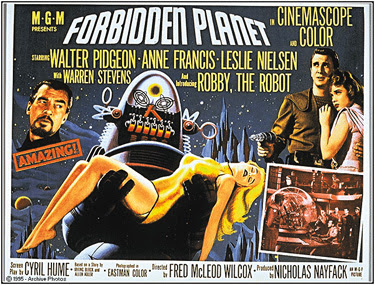 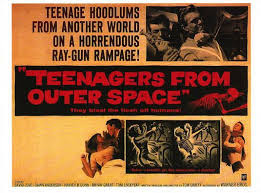 A rather bad low budget 1950s sci-fi B movie with numerous flaws but performed by very earnest unknown actors. Some viewers no doubt will find this film to be good fun.


And Tom Graeff did ALL this?

Read more »
Posted by Chris Christopoulos at 16:41 No comments: