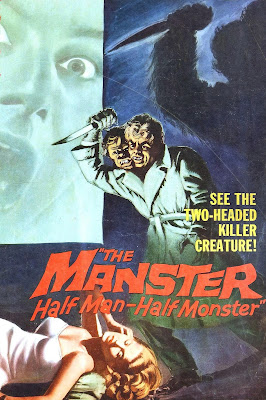 Before the credits even begin to roll, let’s consider the title we have before us: THE MANSTER. Encapsulated within this title we have two concepts which are central to the film – MAN & MONSTER. At what point does a man stop being a man and instead becomes a monster? Does a monster in fact lurk deep within the heart of every man? If so, what forces contribute to bringing that monster to the forefront? These and other questions will be answered in…..

Read more »
Posted by Chris Christopoulos at 21:41 No comments: 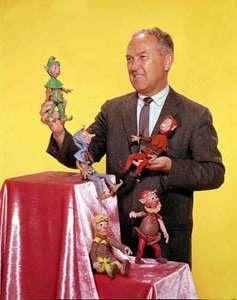 George Pal was as you may know is known as The Father of Science Fiction and Fantasy in Modern Film. In the annals of Hollywood, Academy Award winner George Pal will always be remembered as a titan, a brilliant visionary who profoundly shaped the art of motion pictures. As an animator, Pal was a pioneer of stop-motion animation known as Puppetoons ™ and a peer of Walt Disney. In the 1950's as a producer and director of live-action films, he brought to the screen such science fiction and fantasy classics as "The War of the Worlds", "The Time Machine", "When Worlds Collide", "Destination Moon", "Tom Thumb", "Houdini", "Atlantis the Lost Continent" "The Wonderful World of the Brothers Grimm", "7 Faces of Dr. Lao", "The Power", "Doc Savage: Man of Bronze" and others. Pal's cinematic legacy can be traced in the works of Walt Disney, George Lucas, Steven Spielberg, Gene Roddenberry, Tim Burton, James Cameron, Peter Jackson and dozens of others.

Link to George Pal Tribute on this blog: 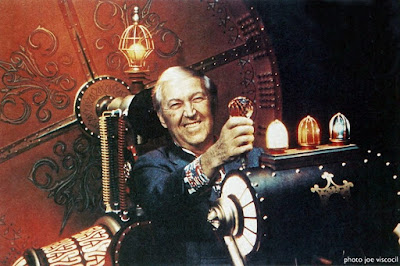 The original 1 inch 'B' NTSC video format used in the production of The Fantasy Film Worlds of George Pal - the only film document ever done on Pal - are long out of use. To make matters worse, only 2 working 'B' NTSC 1 inch videotape machines exist that can aid in the digitization process. There is no telling how long these machines will last or their working parts as they are no longer in existence! 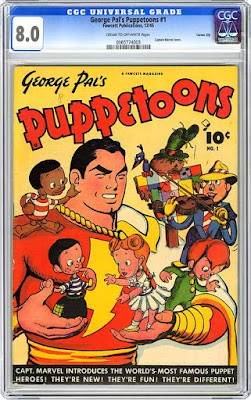 It goes without saying, this is a severe race against time to preserve what represents the only film document ever made on George Pal and the beloved one of a kind icons that worked with him.... most of whom have sadly passed on.

The historical importance of preserving and digitizing these interviews cannot be understated!

The digitizations will be used to upgrade existing productions. Eventually they will be find a home with film footage companies and possibly donated to an educational institution yet to be determined.

If you’d like to help with preserving these irreplaceable interviews about one of the most influential figures in the history of motion pictures and the science fiction/fantasy genre, please use the Link Below: 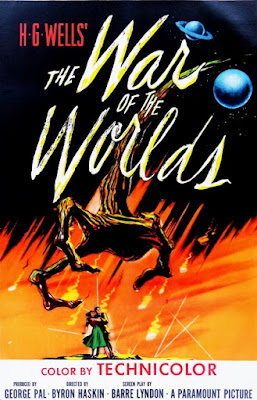 Posted by Chris Christopoulos at 19:51 No comments: 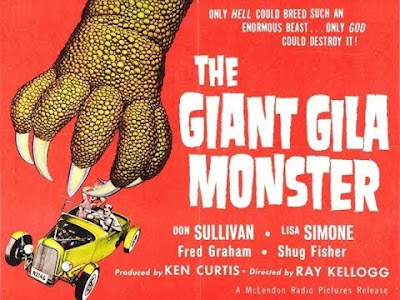 The Giant Gila Monster is a film that tries to rise above the typical B science fiction film of the 50's. It contains relatable characters who have interesting relationships rather than just pure stereotypes. The settings have an air of authenticity and the eerie background music adds to the atmosphere of the film. Despite the dismal special effects and a largely unconvincing and almost irrelevant monster, it is pretty darn hard to hate the film.

Thank goodness for the grand disembodied voice of the narrator! If only life in today’s bewildering and over-complicated world had the comforting baritone voice of an all-seeing narrator to waft over us as it explains to us what the hell is going on……And what do we have instead? Bloody Alexa and Google Assist! God help us! 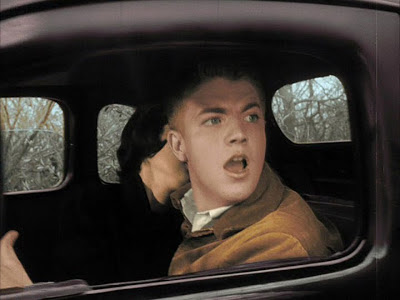 The story starts off with a teenage couple’s romantic shenanigans about to be rudely interrupted when their car is pushed over and down into a ravine. Their existence is about to be obliterated by a giant claw-like object that descends upon them.

Read more »
Posted by Chris Christopoulos at 21:00 No comments: