A Tribute To Faith Domergue 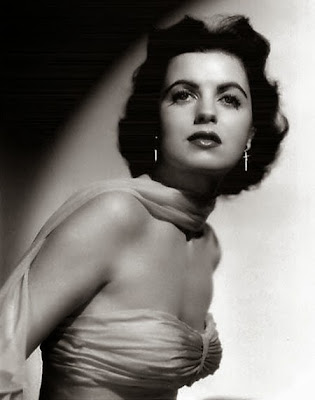 An exotic and sultry cult favourite

Born in New Orleans, Louisiana, U.S. on June 16, 1924, Faith Marie Domergue (pronounced at her insistence as "Dah-mure") was part Creole, but mostly of Irish and English decent. She was adopted by Adabelle Wemet when she was six weeks old. 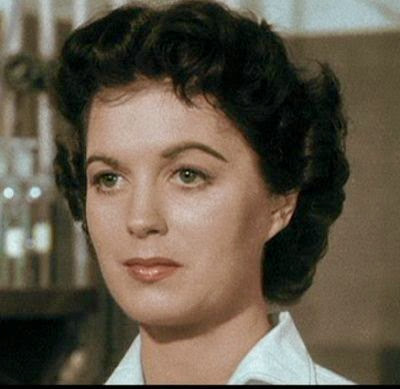 In 1926, when she was 18 months old, Adabelle married Leo Domergue. Both her adoptive parents would never tell Faith that she was not their own. The family moved to California in 1928 where Domergue attended Beverly Hills Catholic School and St. Monica's Convent School. 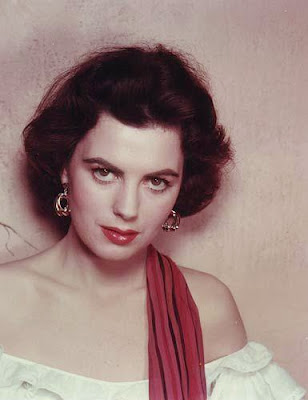 While still a student at University High School, she was signed to a Warner Brothers contract and had her name shortened to "Faith Dorn." In 1941, she made her first on-screen appearance in Blues in the Night. 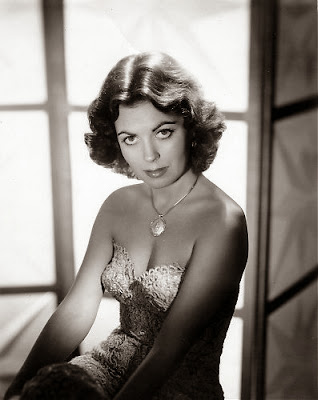 After graduating in 1942, Faith Domergue continued to pursue her acting career. However, this had to be put on hold after she suffered a disfiguring injury during a car accident when she was thrown into a windshield, and had to spend 18 months undergoing intensive plastic surgery. 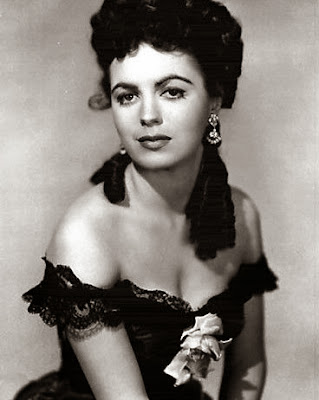 While recuperating from the accident, she attended a party aboard Howard Hughes's yacht. the Southern Cross, Hughes was 21 years her senior and became infatuated with the teenage Faith. He bought out her contract from Warner Brothers for $50,000, and signed her to a three-picture contract with the studio he owned, RKO Pictures. 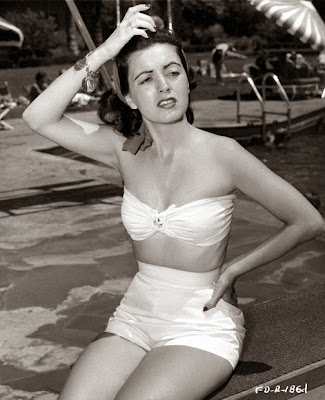 At that time Hughes presented Faith with a diamond engagement ring after a gala at the Palm Springs Racquet Club and asked her to keep it secret. After she discovered that Hughes was also seeing Ava Gardner, Rita Hayworth, and Lana Turner, she broke up with Hughes in 1943. 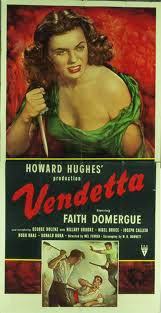 Faith appeared in Young Widow in 1946, with Jane Russell. She also starred in the Hughes expensive $3.2 million film Vendetta which was finally released in 1950 after the firing of three directors in quick succession. This film and the film noir Where Danger Lives (1950) performed indifferently at the box office. 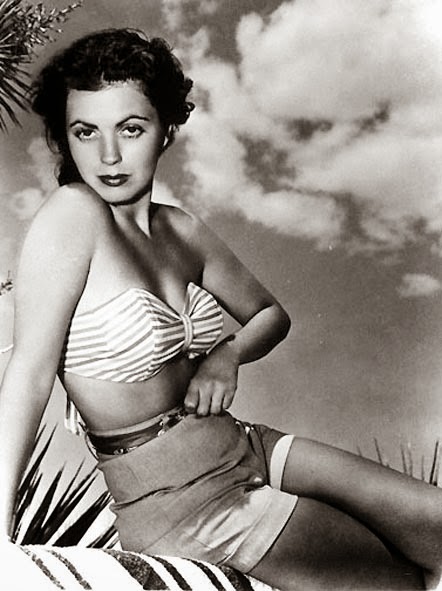 In 1946, Domergue married bandleader Teddy Stauffer. The marriage lasted six months, ending in 1947. That same year, she married director Hugo Fregonese with whom she had two children, Diana Maria and John Anthony. The couple divorced in 1958. 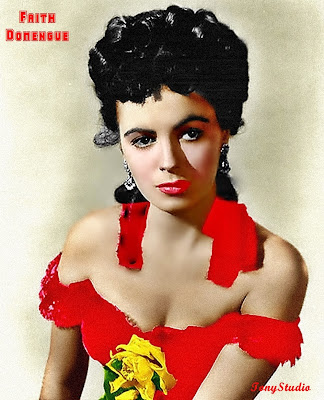 During the early ‘50s Faith began to freelance at other studios, appearing in westerns: The Duel at Silver Creek (1952), with Audie Murphy; The Great Sioux Uprising (1953), with Jeff Chandler; and Santa Fe Passage (1955) with John Payne at Republic.

In 1955 she starred in memorable classic sci-fi films, This Island Earth, It Came from Beneath the Sea, The Atomic Man / "Timeslip" and Cult of the Cobra. Her appearance in such science-fiction films from this period enabled Faith to acquire something of a cult following. 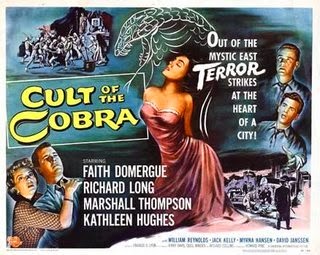 She later made films in the United Kingdom and Italy, and a final appearance in a sci-fi film, Voyage to a Prehistoric Planet, in 1965. In the late 1950s and 1960s she also made many appearances on popular television series, such as Sugarfoot, Have Gun Will Travel, Bonanza, and The Rifleman. 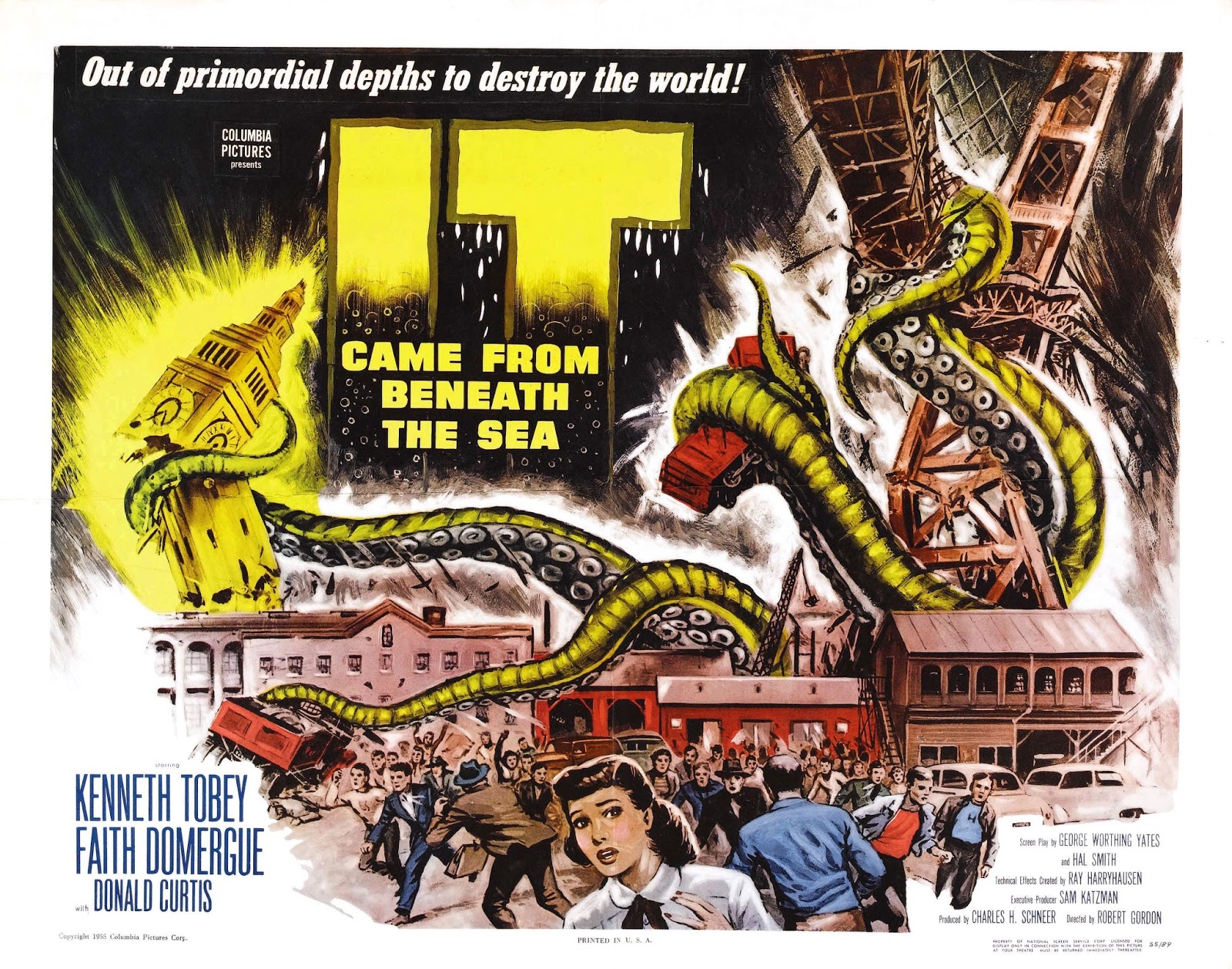 By the late 1960s, Faith Domergue had lost interest in acting as a career, and her last acting appearances consisted mostly of low-budget 'B' horror movies. In 1966, she married Paolo Cossa, with whom she remained until his death in 1992. She eventually became an expatriate in Rome, Geneva, Switzerland, and Marbella, Spain, until the death of her husband, Paolo Cossa in 1991. She then moved to Santa Barbara where she continued to live until her death in 1999. from cancer, aged 74. 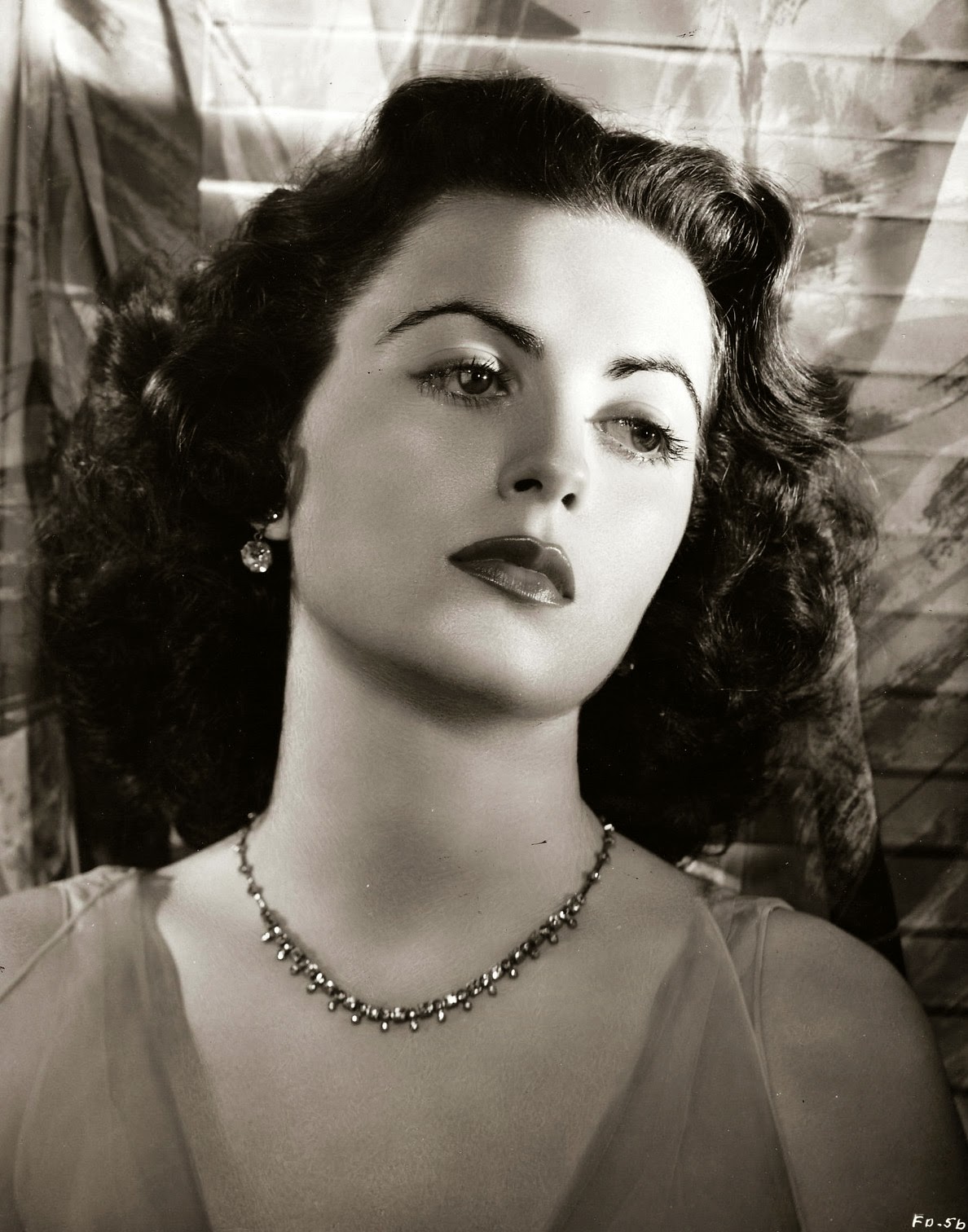