A Tribute To Richard Denning 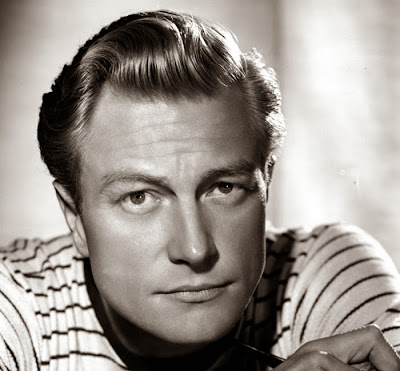 As this blog deals mainly with classic science fiction films from the Golden Age of screen sci-fi, it is no surprise that tribute should be made to actor, Richard Denning. Richard Denning is best known for starring in science fiction films of the 1950s, including Unknown Island, Creature from the Black Lagoon, Target Earth, Day the World Ended, Creature with the Atom Brain, and The Black Scorpion. 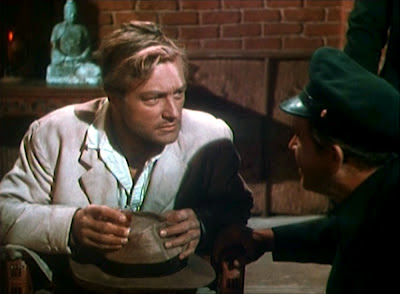 Richard Denning was born as Louis Albert Heindrich Denninger, Jr., on March 27, 1914 in Poughkeepsie, New York (USA). He was the son of a garment manufacturer who relocated and set up shop in Los Angeles when Denning was 18 months old. 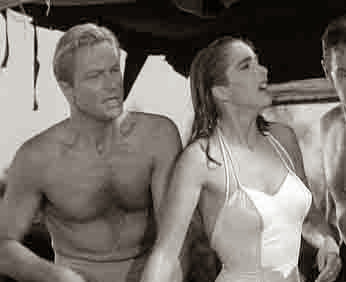 Creature For The Black Lagoon

After finishing school, Denninger enrolled at Woodbury Business College and majored in business and accounting, graduating with honours with a master's in business administration. Despite his father wanting him to join the family business and not being enthralled with accounting, Denning took a night-school course in drama, became involved in little theatre groups and competed in a radio contest called, "Do You Want to Be an Actor?", winning a screen test at Warner Brothers in 1936. Warners Brothers, however, wasn't interested in him because he resembled another well-known actor (Errol Flynn) they had under contract. With his heart set on a movie career, Denninger was eventually signed by Paramount, who required him to change his name to Richard Denning since Denninger sounded too much like the gangster, John Dillinger's name! From 1937 to 1942 Denning appeared in over 50 films for Paramount, many being bit roles. 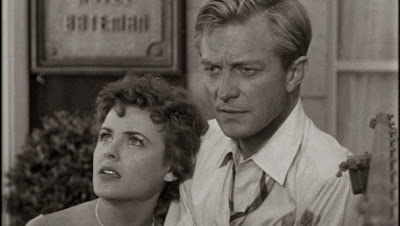 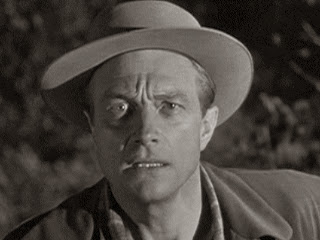 Denning’s military service in the Navy as a First Class Petty Officer in the submarine service during World War II disrupted his acting career. It was a year and a half after his discharge from military service before Paramount Pictures offered him any more acting work. During that time, Denning and his family lived in a mobile home in Malibu and Palm Springs. During that period, they made a good living by catching, eating and selling lobsters. 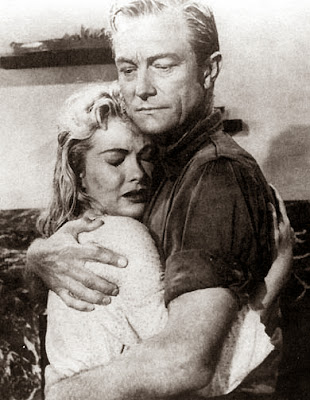 The Day The World Ended

Denning was at last hired to star on radio with Lucille Ball as George Cooper in My Favorite Husband (1948–1951). Apart from starring roles in classic science fiction films, Richard Denning also appeared in the film An Affair to Remember (1957) with Cary Grant. He also shared title billing with Barbara Britton in the detective series Mr. and Mrs. North (1952–1954). He was later cast as Dr Greg Graham in the 1959 series, The Flying Doctor and starred as the title character in the detective series Michael Shayne (1960–1961). 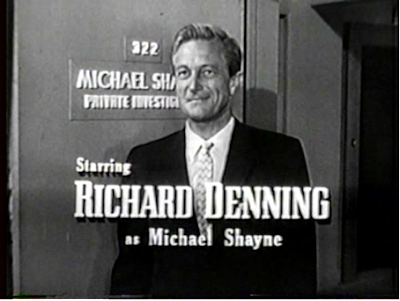 Later in his career, after completing his last film, I Sailed to Tahiti, Richard Denning was offered the role as the governor of Hawaii, Paul Jameson, in the CBS television crime drama series, Hawaii Five-O (1968–1980). 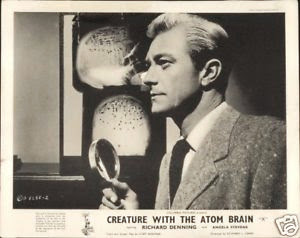 
A Little Side Note:


Denning’s wife, Evelyn Ankers often co-starred with Lon Chaney Jnr who drank heavily and with whom she did not get along. At one point during a Universal function, matters reach a boiling point between Lon Chaney and Denning when Denning threw his sundae into Chaney's face. Chaney had to be physically restrained from throwing hot coffee into Denning's face! 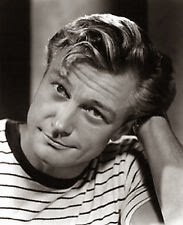