A Tribute To Jack Arnold

Jack Arnold was one of the leading science fiction filmmakers of the 1950s whose films reflected his own genuine enthusiasm for the genre. 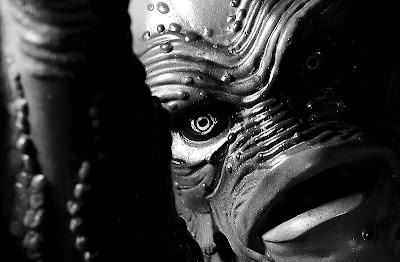 Jack Arnold was born on October 14, 1916 in New Haven, Connecticut. He was the son of Russian immigrants, who ran the concession counter for a local cinema.

Arnold's parents relocated the family to New York City, where Arnold's father had some success as a stockbroker. Even though his parents intended Jack to pursue a professional career in law or medicine, he was more drawn to live theater. With the 1929 stock market crash and a downturn in family fortunes, Arnold had a successful audition with the American Academy of Dramatic Arts thereby granting him entre into the program. 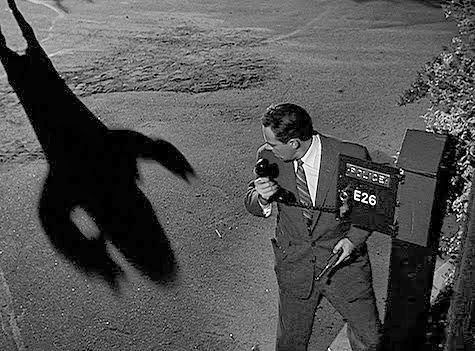 Arnold acted in both on- and off-Broadway stage productions in the late 1930s and early 1940s. Plays he appeared in included, The Time of Your Life, Juke Box Jenny, Blind Alibi, China Passage and We're on the Jury.

During World War II, while serving in the Signal Corps. Arnold learned the techniques of film making from famous documentary filmmaker, Robert Flaherty.

Jack began making short films and documentaries after his war service with one short film, With These Hands (1950) being nominated for an Academy Award as Best Documentary Feature. His theatrical movie debut came with the B picture, Girls in the Night (1953). Arnold’s film output ranged from crime thrillers and westerns to melodramas and love stories. 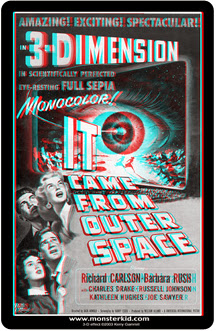 Of particular relevance to the subject matter of this blog, Arnold directed a number of excellent 1950's science fiction films, including It Came from Outer Space, Tarantula, Creature from the Black Lagoon, The Incredible Shrinking Man, Monster on the Campus and The Space Children. Creature from the Black Lagoon (1954) has achieved cult popularity (featured in my previous post). The Incredible Shrinking Man (1957) was possibly Arnold's greatest cinematic achievement. 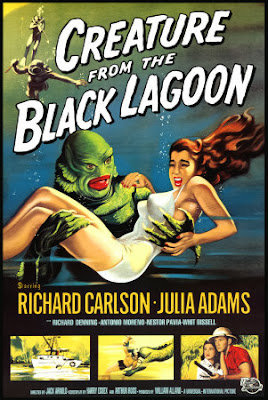 Arnold also went to England to direct the Peter Sellers film, The Mouse That Roared. This early effort helped to establish Peter Sellers as an international star.

Jack Arnold’s television career began in 1955 with several episodes of Science Fiction Theatre. From this he went on to direct the long-running television series Perry Mason, Rawhide and Peter Gunn, as well as episodes of much loved television shows such as Alias Smith and Jones, The Fall Guy, The Brady Bunch, Gilligan's Island (yes, Gilligan’s Island!), Mod Squad, Wonder Woman, The Love Boat and The Bionic Woman. 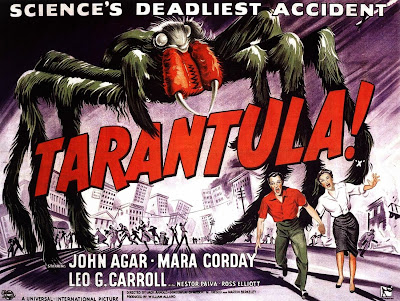 “Skipper! Save me from the big hairy spider!” 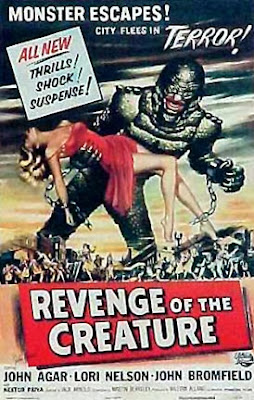 As his career progressed, Arnold was spending most of his time directing for television where as a director he could not assert himself in the same way as he may have been used to when directing the sorts of 1950s sci-fi films he wanted to direct, and which tended to reflect his own distinctive character and passion for the genre. 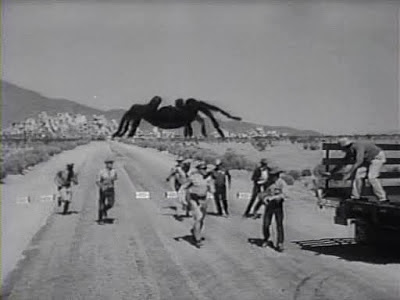 As for the central character in his film, The Incredible Shrinking Man, there is something of him in most of us that we can identify with: Individuals who strive to play a meaningful role in a universe which seeks to dwarf our significance and stature. For Jack Arnold, his significance, legacy and stature is established as being one of the most skilled directors of B-movie, sci-fi films during the 1950s. 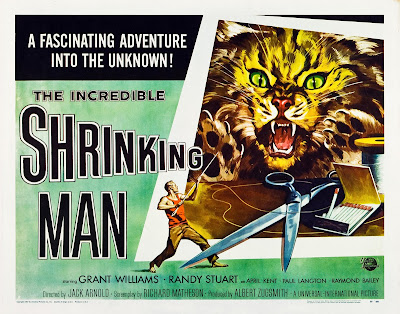