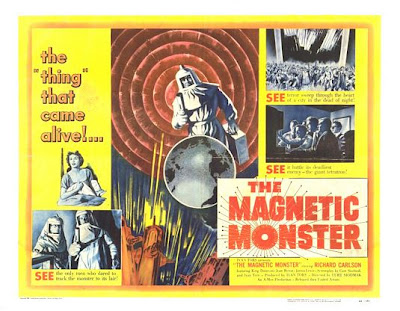 Please note: Spoilers are contained in the following; 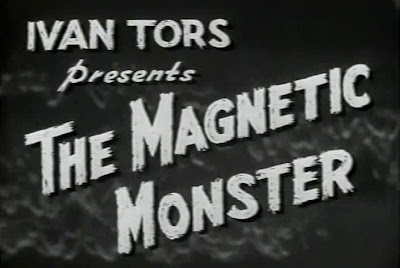 The main character, Jeffery Stewart narrates the story in a manner similar to a detective-crime genre film complete with lines like, “July 18: The morning quiet,…peaceful…The world seemed safe and good.” We also learn with due seriousness that in order to combat threats that pose a “challenge to our existence,” a new agency has been created, The Office of Scientific Investigation (OSI). As if taken from the pages of the creation of the FBI, the men who work for this agency are known as A men, who perform as “detectives of science,” something akin to J. Edgar Hoover’s G-Men. 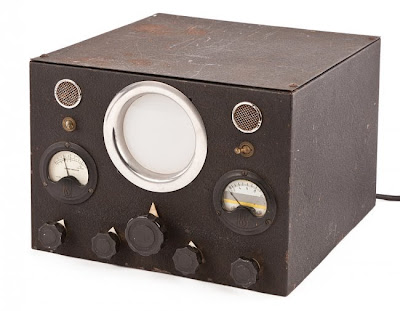 In the case of the FBI’s formation, science in the form of forensics became the key weapon in the fight against crime. Science is also the weapon of choice for the OSI in the film, Magnetic Monster. For instance, we see many examples of gadgetry being employed such as an electronic counter to determine that there were “2200 disintegrations per minute” occurring as well as traces of radioactive dust. There were gadgets to monitor the speed and distance of particles and to examine dust particles and fingernail scrapings. An electronic microscope was used to examine the element whereby the investigators could see that it was “adding new structure to the old,” that “mass is forming into supposedly empty space” and that with this tool of science they were “witnessing the secret of creation.” 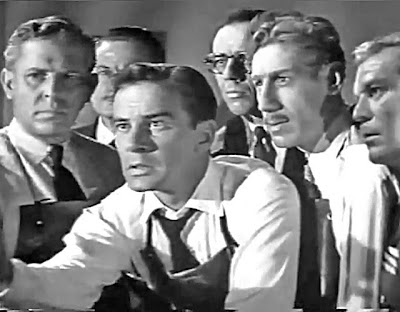 The silence that followed the last statement above was laden with profound implications. At what point does science cross over into areas where some people believe it should not and cannot cross. The name given to this new breed of investigators is A-Men which as we are told by the narrator, “sounds like the final word of a prayer.” Perhaps it is no wonder that people sometimes worry that materialistic science seems to assume the mantle of a new kind of religion. After all, the world and what seems to be inexplicable appears to be able to be explained by the new religion of science and its own version of the priesthood. In the face of the hysterical and panicked reactions of those in the hardware store, we have the calm and methodical resort to paper, tacks, fishing poles and Geiger counters to locate the epicentre of magnetic force in the store. In days gone by people would have been reassured by the priesthood that certain inexplicable occurrences were part of God’s will or the result of the Devil’s work, often resulting in the immolation of innocent people to rectify the perceived problems. 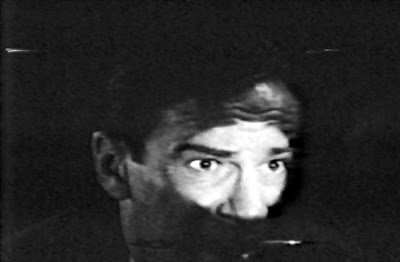 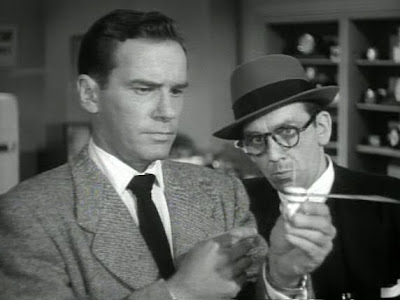 In the area of science, there is a certain unease of the times being reflected in the film, Magnetic Monster. After all, it was scientific research that produced an element that even in the initial stages resulted in the production of radiation that was “strong enough to kill us or wipe out a few city blocks.” Whether done independently or not, science had created something new that “turned out to be unstable,” that was “monstrous” and capable of “reaching out with invisible fingers” to kill! If only such research was removed from the hands of “lone wolves” and placed in the all-knowing secure embrace of government scientific centralised control!-at least as implied in the film. Similarly, once upon a time all knowledge about the world remained securely within the province of the church and its priesthood. “Lone wolves” and the threat posed by the spreading fingers of their devil’s work were dealt with using the tried and tested tools of the time. 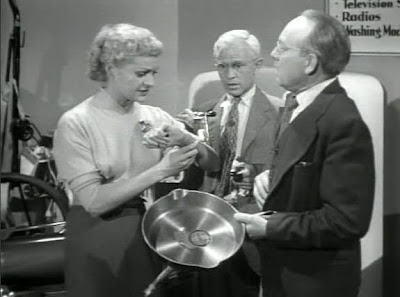 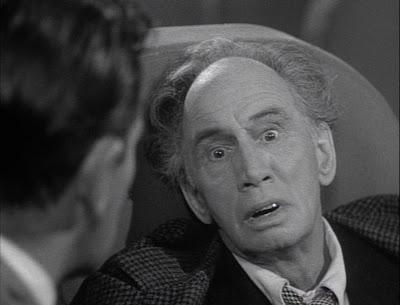 The unease of the times is further highlighted by the fact that the element created by Dr. Denker appears to be as Forbes exclaims, “a live thing!” If it is not “fed” it draws on available energy and causes an implosion. Even the plan to destroy the element involves an attempt to “overfeed it until it bursts.” Instead of the usual monsters from space, the ocean depths or from under the ice, we have an impersonal, apparently indestructible and unseen monster. For many, the products of science and technology seem to take on a life of their own, growing more powerful, demanding more and more from us, reaching out and infiltrating all aspects of our lives and even threatening our own existence. 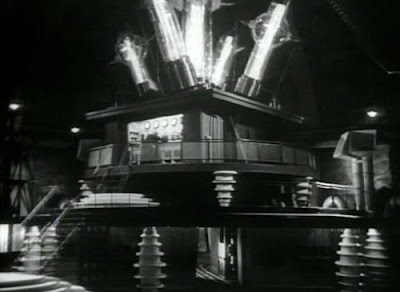 In Magnetic Monster and many other similar films of the time, it seems as if it is felt that people’s fears and concerns can be assuaged by controlling how much and what type of information they are to be exposed to. In the film, the city is put on alert but people are informed via radio broadcasts only that the authorities are “conducting a test.” Even today we find ourselves grappling with issues of freedom of information and are left wondering how much information is being withheld from the public about matters that effect all of us; how truthful the information is that we are being presented with and whether or not matters of “national security” should override our need or right to know the truth. Such matters are curently being put to the test in relation to the controversial treatment of organisations like Wikileaks and individuals such as Julian Assange, Edward Snowden and Bradley Manning. For some people and governments, they are seen as traitors, while for others they are simply upholding the principles of free speech and the right to know, as well as performing the kind of role that the world’s media ought to be performing. One can only hope that we don’t have recourse to the kind of witch hunts that were prevalent at the time of the making of Magnetic Monster.

Magnetic Monster was shot in eleven days. Footage from a clip of an atom smasher from the 1934 German film, Gold was used in the scene of the Nova Scotia Deltatron. It seems to have been quite a seamless fusion of the footage in the film. The "M.A.N.I.A.C." computer with the “cathode ray memory unit” consisted of footage featuring a computer being developed at the University of California in Los Angeles. Glad to see scientists and technicians (film makers?) have a sense of humour and irony! 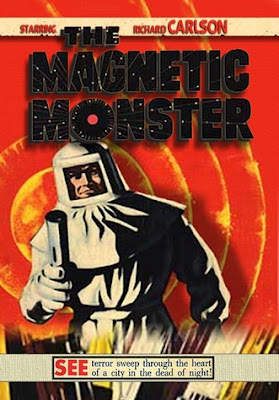