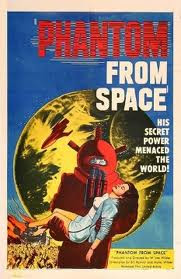 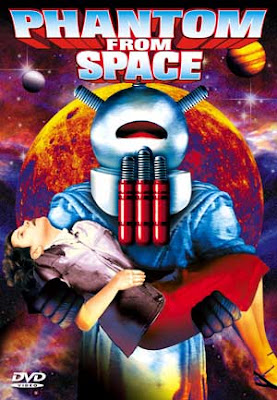 At 7.19 pm on April 1, 1953 an unidentified flying object was tracked entering the earth's atmosphere traveling at some 5,000 MPH.

The object was then tracked heading over British Columbia; Yellow Warning issued.

The object was tracked as far as Santa Monica, California; Red Warning issued.

After travelling some 3,000 miles down the Pacific coast, the object lost speed and seemed to have disappeared. All traces of the UFO had been lost by this stage.

It was speculated that it was the object that was being tracked and which disappeared over Santa Monica that was causing massive interference with television and radio transmissions.

Federal Communications Commission investigators led by agent Lt. Hazen, arrived in the San Fernando Valley after what, judging from the above sequence of events, appears to have been a UFO crash landing.

Several teams of FCC agents employed mobile tracking units to go out and look for the source of the interference, using RDF gear to triangulate the source.

During the course of the investigation eye-witness reports were received of a man (designated ‘X’) dressed in a bizarre outfit. The following statements were given to FCC agents and LAPD personnel; 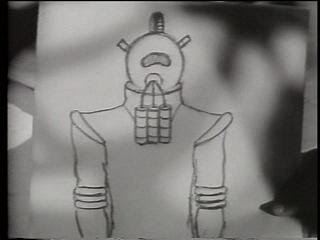 Initially suspicion fell on Pete _______ for the murder of Mrs. Evan’s husband as part of some sort of lovers' triangle with Betty, until a second murder was reported in the same area.

The interference was soon triangulated and tracked moving toward the Huntington Oil Fields where an oil tank was set ablaze in an explosion.

Central to the function of this agency, is the possible scenario constructed by the investigators based on the available evidence. Namely, that (X) was responsible for two murders and an explosion at the oil fields; that he was wearing what appeared to have been a “flying suit with a helmet”; that he was probably “dropped by parachute”; that he was evidently “not one of ours” and that it is likely that he was in the process of conducting “sabotage.”

However, during a meeting conducted at the Griffith Observatory between Detective Bowers (LAPD), Lt. Hazen, Major Andrews (Air Force) and Doctor Wyatt (Griffith Observ.), the possibility of a clandestine espionage mission was discounted. First of all, the unidentified object was tracked travelling at an estimated speed of 5000 MPH as stated above. Neither the United States nor any other country currently possesses a practical and functional craft capable of achieving such speeds. Secondly, as the object was travelling horizontally, it was unlikely to have been a meteor. Thirdly, (X’s) attire and actions did not suggest the presence of someone acting “under cover.”

It was concluded that (X) had come in on the UFO and was on the loose in west Los Angeles.

The FCC increased its efforts to track (X) by its interference until it was finally tracked down to a warehouse in the area of the oil refinery.
Despite apparently being cornered in a shed, (X) was nowhere to be found when members of the investigative team entered. Only the suit and helmet were discovered.

It was deduced that (X) had taken off his suit and helmet to avoid detection,

Due to the presence of radioactivity, the suit was contained in a lead-lined box and taken to the Griffith Observatory laboratories.

The investigation conducted at the Griffith Observatory, (together with a series of unusual events at the Observatory site provided in file #_____,)  uncovered  some highly classified facts which are relevant to the function of this agency, as well as various other government departments and agencies that have been appraised of the events covered by this document;

The threat-assessment of (X) was reduced somewhat when the following factors were taken into account;


As with the case of previous similar encounters and anomalous events, we lack much in the way of survivable physical evidence, since in the incident described above, (X) and his suit have evaporated or disintegrated by some process as yet unclear to us. However, accurate documentation; reliable witness testimony; official military, intelligence, scientific investigative endeavours; formulation of strict and precise first-contact protocols; officially sanctioned group formation for the  discussion of sightings; procedures for how to recover future crashed UFOs, where to ship the parts, and how to deal with the occupants; as well as public information access management will help us add to our capability to deal with any future potential external intrusions into our nation’s airspace and unauthorized breaching of our nation’ boarders. 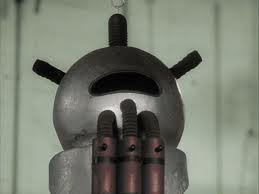 It is unfortunate that the picture quality of Phantom From Space is rather faded. It is a bit like watching the televised picture of the first moon-landing. At least it’s the right way up! Hopefully, a digital remastering process can be used to clean and restore the film to an acceptable viewing standard. Still, it’s worth persisting with if you haven’t seen it before. 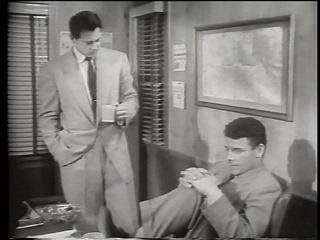 The narration at the start of the film, Phantom From Space, is typical for such films of the era. However, it does serve to add to the sense of urgency and suspense of the film, as well as providing a hook with its ticking off the code warnings, the craft’s inexorable progress, the time readings, height, distance, course and speed.


The first half of Phantom From Space is rather dull with the film getting off to a slow start with "Mobile 1" and "Mobile 7" roaming around and trying to pinpoint the location of a mysterious signal that's blocking communications. There is also so much running around in pursuit of the alien during the course of the film that it seems like we are watching a Keystone Cops’ film strip. 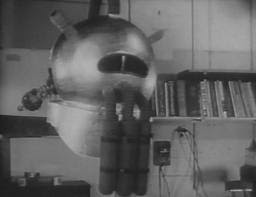 As a low-budget 1950's sci-fi film, the special effects are what you would expect to find. The invisibility effects remind us of the Invisible Man. It is almost as if Topper goes sci-fi! The ending contains a rather good effect that allows us to finally see the alien. It reminded me a bit of what you might've seen in an early Twilight Zone or Outer Limits episode. 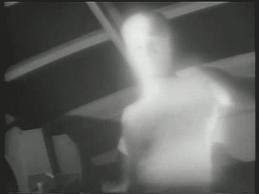 The ending of Phantom From Space also reminded me of the ending of King Kong when Kong swipes at the attacking planes from the top of the Empire State Building. Perhaps both characters’ predicaments are similar and their respective endings just as tragic? 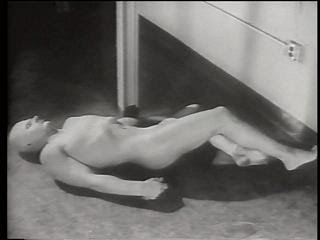 A lot of disparaging remarks could be made about the alien’s suit. However, it did serve as a simple device to make the alien appear more menacing, weird and unearthly than he actually was. 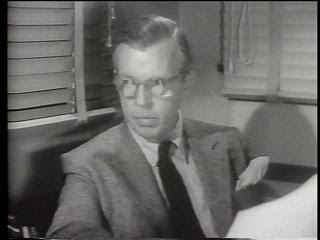 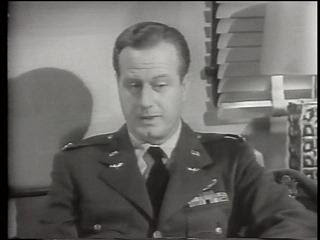 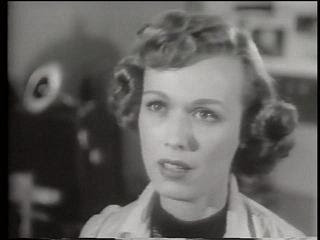 Unlike many films from the 1950s, the female main character, Barbara Randall, was quite composed when confronted by the alien in the lab. There was no attempt to depict a hysterical or fainting woman which was at the time a common portrayal of female characters when confronted with terrifying events. 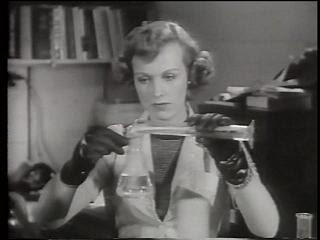 Also unlike some of the sci-fi films of the era, we see in this film that an alien being is the victim of the earth's environment and of a misunderstanding. It is not the earth and its inhabitants that are being intentionally threatened by the alien's advanced technology. The alien had no intention to do the people of earth any harm. It is portrayed as being a misunderstood and sympathetic character that was simply stranded on earth and needed help. It is instructive to note that if we treat and view newcomers to our shores, whether they be asylum seekers, refugees or immigrants, in a less than humane manner, then one would have to wonder what kind of reception would a newcomer to our world receive?

The suspense of the film lies in the fact that for a large part of the time we are kept guessing about the motive of the alien: Did he intend to kill the two people? Was it an accident? Were they killed in self-defence? By the end of the film we discover that he was from a more technologically advanced race, but one which does not need to resort to violence merely in order to subjugate less advanced species.

And so, what will happen when we eventually make first contact with an alien species? How much will misunderstanding or miscommunication play a part in trying to establish a relationship between our different species? What will be the consequences of such a contact and for whom? How much, if anything will those not in authority or not a part of the politico-military & security establishment be permitted to know?

Assume nothing but expect anything!!!