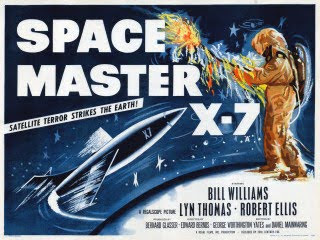 
A space probe returns to Earth bringing with it a mysterious fungus!


A fungus accidentally tinged with human blood and transformed into an ever-growing pile of …."Blood Rust!"


An entire world threatened by an ever-spreading alien infection!


Can the dynamic duo of John Hand and Joe Rattigan locate the one woman who holds the key to stopping the rust from spreading and engulfing the entire world? 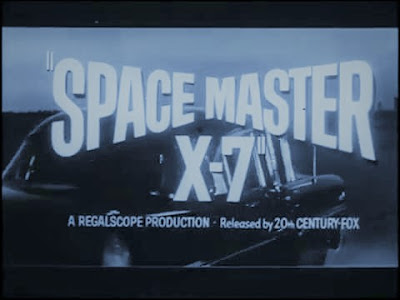 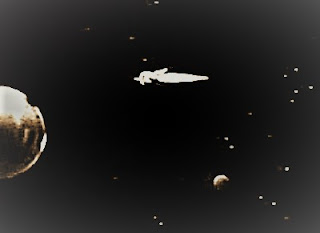 A serious-looking narrator seated at a desk earnestly informs us that he is about to tell us a "true" story of a space mission: an unmanned space probe (XN-712) that returns to Earth containing samples of an alien life-form.

CAN THIS POSSIBLY BE TRUE?????

Biologist, Charles Pommer takes the samples back to his home lab for closer examination. He observes that the rusty red spores reproduce quickly and dubs them "blood rust."

ARE THESE SPORES ALIVE???? 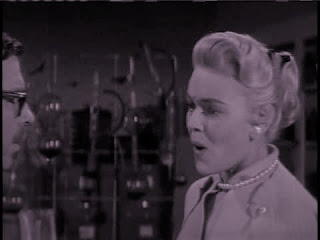 While scientist Charles Pommer studies the samples, he is interrupted by Laura Greeling with whom he had had a previous “dalliance.” She wants custody of their young son. They wind up having an argument about their son, who is at a boarding school. (Look again, it was 1958!)


Greeling to Pommer: “Why are you doing this? Why can't you be more human?”

TENSION GROWS AND BUBBLES TO THE SURFACE!!! 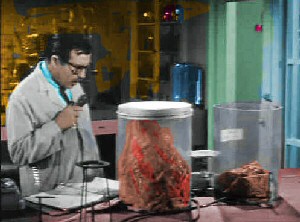 It isn’t long before Pommer has managed to grow several large blobs in jars.


SPEAKING OF SOMETHING GROWING!!!! 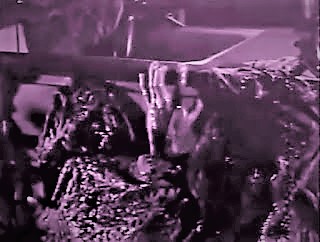 The alien lifeforms have become growing, pulsating masses of tissue, which engulf and kill Pommer.

Close to death, Pommer calls the research center. John Hand and Private Rattigen then drive out to the lab to investigate.

They find he lab covered in oozing fungal blobs and Pommer dead. Rattigen and Hand manage get his tape on which he has been recording his findings, then they burn the house down.

THINGS ARE BEGINNING TO HEAT UP!!! 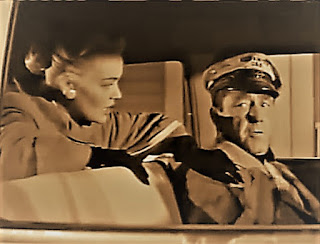 After Pommer's house is burned to the ground to prevent the spread of the deadly organism, Hand and Rattigen discover from listening to the tape that a woman who had visited the house was exposed to the alien samples. She is now spreading the "blood rust," which forms and grows on everything she touches. Greeling bribes a cab driver to forget that he had her as a fare. She then sets about traveling by train to Los Angeles. 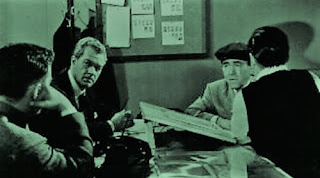 Hand locates the cab driver who reluctantly tells the authorities all he knows about the female passenger he picked up. A search to locate the woman is undertaken but Greeling is actively trying to flee from the authorities, believing that she is being accused of murdering Pommer. She is also unaware that she is spreading the alien organisms everywhere she goes.

THE HUNT IS ON!

Greeling manages to evade the police by hiding out. Meanwhile, the train baggage car was overrun with blood rust. The infestation was dealt with by the authorities making use of flame throwers.

TIME TO TURN UP THE HEAT! 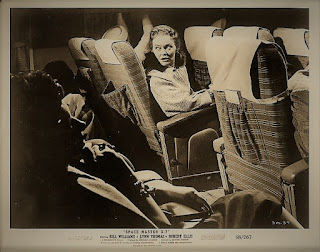 After changing her appearance in a hotel room, Greeling boards a flight to Honolulu. Rattigen follows her on board and proceeds to investigate three female passengers matching the description in the APB.


Pvt. Joe Rattigan: [to the stewardess] “Are there any other brunettes on this flight wearing tweed coats?”

Laura finally confesses. Meanwhile, the plane's cargo hold fills with blood rust threatening the entire plane. They turn back, but must belly land as the fungus has damaged the landing gear.

SUFFERING STOWAWAYS!! CAN THE SPREADING ALIEN FUNGUS BE STOPPED AND THE PLANET (SPORED) SPARED, OR WILL OUR SPECIES LOSE OUT IN A STRUGGLE FOR SURVIVAL?


In the end, everyone disembarks safely and heads for decontamination. We don’t know what has become of the fungus but we assume that the world is safe from this unexpected alien incursion. 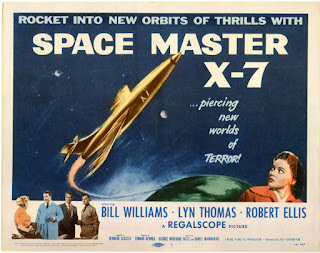 Spacemaster X-7 has a very disquieting premise of a mindless alien organism that spreads via the touch of a contaminated person. Anyone so contaminated could appear at any time and at any place to threaten anyone in close proximity.

Paul Frees, known as a voice for numerous cartoon characters, appears in the film as the ill-fated scientist. Many people will also recognise Moe Howard of Three Stooges fame this time playing his first dramatic role as the cab driver who gave Greeling a ride.

Dan Mainwaring who was involved with Invasion of the Body Snatchers (1956) collaborated on the screenplay. 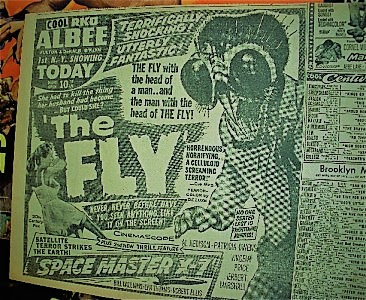 Spacemaster X-7 ran as the B half of a double feature with 20th Century Fox's bigger budget color sci-fi / horror film, The Fly.

The film’s title is quite deceptive in that it starts out in typical 50s sci-fi fashion with rockets, space and alien life forms. However, it soon shifts into a semi-documentary detective drama style of genre.

Of special relevance today is the idea of the danger posed to our survival by contagion. The concern over the SARS virus in early 2003 and the more recent fear of Ebola makes the film’s plot quite poignant even for today’s audiences.

Check out the classic sci-fi film, The Andromeda Strain (1971) and the more recent film, Life (2017) which both deal with similar themes and scenarios to Spacemaster X-7.


Entombed in rocky fragments in the depths of space,
Encased in balls of ice through the void that race


Toward destinies of creation and doomsday,


Life will always find a way.

Impelled by no ill-intent, malice or hate,
Just a need to survive suffices to motivate,
The taking of hosts to harbour an émigré,
Life will always find a way.

Someday the cosmic dream scheme will give solace,
When a clever ape stands proud on an alien surface,
Its presence proclaimed with microbes; again that day,
Life will have found a way.