A Tribute To Ishirō Honda 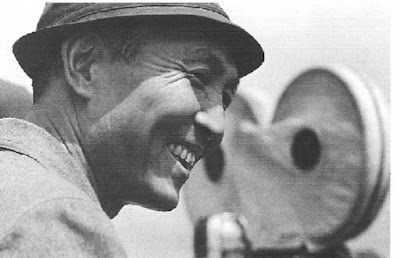 "Monsters are born too tall, too strong, too heavy—that is their tragedy,"

Ishirō Honda (7 May 1911 - 28 February 1993) was a Japanese film director who is best known for his kaiju and tokusatsu films, including several of the Godzilla films. He also worked extensively in the documentary and war genres earlier in his career.

Honda was born in Asahi, Yamagata prefecture (part of the city of Tsuruoka), Japan. He was the youngest of five children and was born in the Chinese Year of the Boar to Yoshihiro and Miyo Honda. Honda’s given name was derived from "ino" (a shortening of the Japanese word for “boar”) and "shirô" ("fourth son").

Honda’s family was forced to make ends meet by selling talismans and harvesting rice, chestnuts, radishes, and silkworms for the manufacture of silk.

In 1933 Honda graduated from Nihon University College of Art (Nichidai)

Honda found postgraduate work in the Production Department of PhotoChemical Laboratories, a film development company linked to the Japanese film industry. Honda was employed by PCL as an assistant director. It took Honda eighteen years of working as an assistant director to finally achieve his dream of becoming a director in his own right. This was time he spent undertaking all kinds of work and roles behind the camera such as scouting locations, hauling around equipment, cutting film and writing scripts.

Honda was later drafted into the Imperial Japanese Army in China where he was stationed in both Nanking and Manchuria.

At the time of Honda’s army discharge in 1937, there was a merger of PCL and a number of independent film studios into the newly-founded Toho Motion Picture Company.

It was at Toho where Honda assisted director Kajirô Yamamoto and befriended the legendary Akira Kurosawa. It was also at Toho that Honda met his future wife, script girl Kimi Yamazaki, to whom he would be married for more than fifty years.

Once again Honda served in the military as a platoon leader sergeant charged with hunting down Chinese insurgents. He then spent six months as a prisoner of war and was repatriated in 1946. It was at this time that he saw the devastation that the atom bomb had caused to the city of Hiroshima.

In 1949, Honda assisted Akira Kurosawa on Stray Dog, scouting locations and directing the second unit. In 1951 he directed his first theatrical directorial film titled, “The Blue Pearl.” Of significance to the subject matter of this blog, Honda's 1954 film, Gojira / Godzilla would have a profound and lasting impact on science fiction cinema.

Toho's production of Gojira was prompted and inspired by the stories that emerged concerning the after-effects of atomic radiation from the atomic bombs that were dropped on Hiroshima and Nagasaki in 1945, as well as the atomic testing at Bikini Atoll in 1954. The film was also inspired by the 1933 classic, King Kong which was re-released in 1952 as well as The Beast from 20,000 Fathoms in 1953.

Gojira would be the most expensive motion picture produced in Japan at that time, The film reflected aspects of Japan’s national and collective psyche by delving into issues of responsibility and guilt and calling into question Japan’s militaristic traditions. 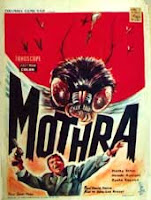 After retiring as a director, Honda worked with Kurosawa during the 1980s and '90s. as a directorial advisor, production coordinator and creative consultant on his last five films. 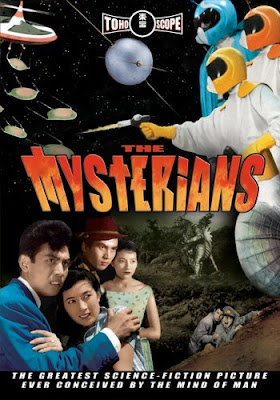