Sci Fi Future Is Here and Now (Part 12): Facing Up To The Future - Now


Science fiction films and books have often portrayed scenarios which feature a dystopian future in which citizens find themselves at the mercy of authoritarian technocratic regimes and corporations. Often they have surrendered or have been robbed of their personal freedom and privacy, along with every vestige of their individuality.

As technology progresses and we become more accustomed to it infiltrating our lives, we seem to be on the whole oblivious as to the dangers it can pose to our right to anonymity and privacy when it is turned against us by governments and corporations intent on finding out more about us than we know about ourselves!

The once future sci-fi world of surveillance, monitoring and control is entering the world of the here and now and must be resisted. In a blatantly totalitarian surveillance regime like China we witness the brave young people of Hong Kong taking a stand against the encroachments being made on their personal freedom and liberty – even while the rest of the world largely stands around and looks the other way!


Even in a professed democratic country like Australia, standing around and looking the other way and pretending that there’s nothing to see here, could result in the development of a police-like state, particularly when there’s no Bill of Rights to ensure that the citizenry has its freedoms and rights enshrined and protected. 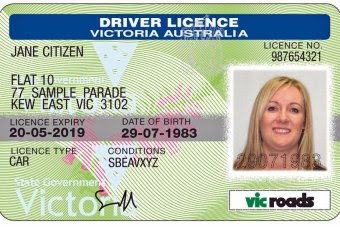 So, it is with some alarm to learn that as part of The Australian Federal Government’s implementation of a national facial recognition database, it has been announced that the driver's licences of all Victorians have been uploaded to the system. Was anyone consulted? Was anyone’s permission required beforehand?

The system is apparently being tested ahead of a nationwide roll-out of the National Driver Licence Facial Recognition Solution (NDLFRS) in December.

I think we are supposed to breathe a sigh of relief to be told by the government that the data will only be made available to state-based agencies such as at first, VicRoads and Victoria Police.

If that is not enough to convince us, the state government is using the issue of identity theft and the cost of combating identity fraud as a rationale for the implementation of the program.

Of course the authorities have gone to great pains to assure us that our privacy will not be compromised. This from a government who cannot even guarantee the security of its citizens' medical records and other personal information on data bases.

We must never be led to believe the assurances given to us by governments and corporations when it comes to the collection, acquisition, storage and use of our personal information. They are lying to us if they claim; 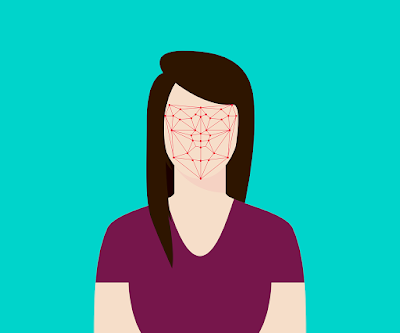 The National Driver Licence Facial Recognition Solution is part of a wider scheme by the super Home Affairs ministry to vastly increase the federal government's bio-metric capabilities. What would prevent the government from manufacturing a crisis in order to use national security as a justification for further expansion of such capabilities? 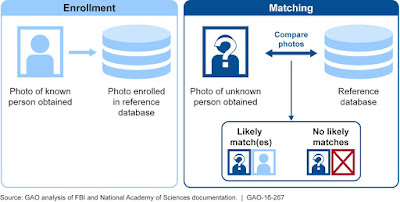 There’s definite cause for concern when we also learn that there’s a process called "The Capability" which allows the government to compare visual data such as CCTV images to a database of passport photos. I guess we could then compare notes with China if that’s the case!

At present, everyone with a driver's licence will be locked into a national database. However, we can be sure that once such technology use becomes normalized it will only be a matter of time before every facet of our lives will require the use of facial recognition and everyone’s image will be stored for the purpose of identification and – control. We just simply wont be able to function in society without it – but only if we allow it!

It doesn’t take a wild leap into the realm of science fiction to imagine a scenario developing in which the existence of such a database could be used by the authorities to curtail people's freedom of expression and right to protest.

While we still have such rights available to us, it is important that we actively express our dissent and take a leaf out of the book of the young protesters of Hong Kong struggling for their freedoms or the young protesters across America and the rest of the world who are saying NO to gun violence and NO to our continuing contribution to global warming and climate change.

NOW is the time to face up to the future!

Check out also my Classic Sci-Fi Radio Page which features radio adaptations of some sci-fi episodes from The twilight Zone series.

Portrayals of organ transplantation in science fiction films and books have colored our views of such procedures both positively and negatively. Consider the story-lines of the following examples;


“In matters of the heart, nothing is true except the improbable”

How improbable then it indeed appears to be to learn that researchers at Tel Aviv University in Israel have recently managed to 3D print a tiny heart the size of a rabbit’s from human cells.

In a proof-of-concept experiment, the 3D printed heart has four chambers and blood vessels but there's still a long way to go until it functions like a normal heart. 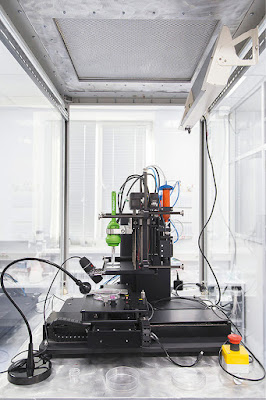 To print the heart, a small sample of fatty tissue was taken from a patient. In the lab, this tissue was separated into its component cells and the structure on which the cells sit (extracellular matrix.)

Genetic engineering was then used to reprogram some of the cells to become cardiac muscle cells (cardiomyocytes), and others to become cells that generate blood vessels.

These cells (serving as bioinks) were then loaded into the printer, which had been programmed to print a heart, based on CT scans taken from the patient along with an artist's depiction of a heart.

It took between 3 and 4 hours for the printer to print the small heart with basic blood vessels. The heart was then incubated and fed oxygen and nutrients. The cells began to spontaneously beat within a couple of days.

The beating of the cells, however did not replicate the beating of a normal healthy human heart. For the heart to pump blood efficiently through the body, the cells need to beat in unison, not just individually.

This experiment could pave the way for the use of personalized organs or tissues that could be transplanted in the human body.

In the near future, a personalized 3D-printed heart might help to ease the shortage of transplant organs available to patients, not to mention reducing the current risks involved with transplanting someone elses’ organ and having the body's immune system rejecting the foreign tissue.

Before we enter that stage in the brave new world of medical advancements, we will need to find a way of being able to print a full-size, fully functioning heart. That would mean being able to print a higher-resolution organ — one with dense vasculature that could carry oxygen and nutrients through it. Such a very expensive process would require months of printing, an amount of time in which the cells would not be able to survive.

In this matter of the heart, however nothing can be considered as being improbable….