A man afflicted with clairvoyance tries to change his fate when a series of events leads to a vision of his own imminent murder.


VOLITION — a mind-bending science ﬁction thriller, where the line between fate and free-will blurs. When you know your world is predetermined, it’s hard to care about your choices.

This is true for James Odin. On a rain-soaked night in 1991, two cars collide, leaving all drivers dead on the scene, including the mother of the lone survivor — a child — James Odin

It’s a tragedy. But what’s more tragic is that seven-year-old James foresaw the accident happening two months prior. He tried to prevent it, but who’s going to believe a kid who claims to see the future?

Twenty-plus years later, James is a product of the failed foster care system. Knowing that the events of his future are predestined, he’s getting by, using his ability for petty crime and cheap thrills. But when a prescient vision reveals to him his own imminent murder, James must go on the run.

Together with a new friend, Angela, he must change the fate he knows is ﬁxed.


Volition is a compelling sci-fi film that will grab and hold fast your attention from the start through to the very end. It deals with themes we are familiar with in science fiction: time travel and notions of free will vs destiny and Fate. Instead of finding ourselves along with the characters stuck in the usual endless temporal loop, the action rapidly moves between time periods in a novel and interesting way. The essential clues are there and do make sense and not everything is necessarily what it seems.

The actors give very competent and strong performances and you’ll find yourself thinking for each one, “I’ve see that actor before.” Chances are you’ve probably seen them in a number of roles in many other fine films and series.

Volition works well not just as faced-paced entertainment but also on the cerebral level as it forces us to consider aspects of own existence: To what extent are our lives and indeed our possible futures determined by the choices we make and the free will we exercise? OR Is free will just an illusion and are we merely playing roles that have been predetermined along the road towards a fate that is set in stone?

“I have always loved social and cerebral science ﬁction, all the way from The Twilight Zone to Black Mirror. What I love about these stories is how they position a character in direct opposition to his/her belief system – forcing them to look at their choice-points in the most creative of ways.

“I’ve also been fascinated by the existential debate of fate vs. free-will. If we have free-will, do we exercise it? How do we know we aren’t fated to do so? On the surface, VOLITION ﬁts into this mold. It’s is a cerebral science ﬁction thriller about James, a man afﬂicted with clairvoyance, who is spurred into action after seeing a vision of his own imminent murder.

“From its origin, this premise had enough of a hook to grab me, yet it’s not what drove me to spend years developing the story alongside my brother Ryan W. Smith (co-writer and producer).

“What compelled me was something far deeper and, ultimately, something entirely personal. It took me a while to realize it, but I was really telling my own story. Like the character in VOLITION, there was a time in my life when the world felt fated and deterministic. The more I leaned on this ﬁxed mindset — a belief that I “knew” how my future “should” transpire — the less active I became. My worldview became a self-fulfilling prophecy — sometimes as a boon, but more often as a hindrance.

“For me, VOLITION works as a metaphor, challenging us to face our greatest fears and to take a leap into the unknown. We hope VOLITION takes the viewers on a mind-bending adventure, allowing all to partake in the choice-points that shape our characters. I also hope that, like the stories that inspired me, this ﬁlm lingers just a little bit longer... allowing our audience to think about the ideas of fate versus free-will and how the notion that the very thing we think about ourselves (positive or negative) becomes our worldview and therefor, our world. And though this vision may seem fated, there is always time to break free.”

Tony’s feature ﬁlm directorial debut is “Volition” — a science ﬁction psychological thriller, which he co-wrote with his brother, Ryan W. Smith. The ﬁlm is the culmination of Tony’s years of experience with directing short ﬁlms and television and working in post-production.

As a seasoned editor, Tony’s strong story sense has shaped over 100 hours of features, indie-ﬁlms and TV movies for companies such as NBC, Universal, Syfy and, most recently, for Neill Blomkamp’s company, Oats. Tony and his brother are also winners of the Superchannel Super Catalyst Award for their screenplay, "The Sensational,” a project they are currently developing.

Between the above series, Ryan has written on over 150 episode of television, and received two Leo Awards. He is also the winner of the ScreenCraft Fellowship and an Austin Film Festival Semiﬁnalist for his historical thrillers, "Jacaranda" and "Black Messiah." Ryan and his brother Tony are also winners of the Superchannel Super Catalyst Award for their screenplay, "The Sensational.”


THE SMITH BROTHERS — A UNIQUE PARTNERSHIP

Born in Johannesburg, South Africa, Tony Dean Smith & Ryan W. Smith are the Smith Brothers, a creative partnership forged in the ﬁres of sibling rivalry. The brothers moved to Vancouver, Canada in 1990, where their childhood collaboration began, making short ﬁlms that Tony would direct, with Ryan acting. As their love-affair with ﬁlm making developed, they combined their talents to write various short ﬁlms, television concepts and features ﬁlms. This led to each of them working as professionals in the ﬁlm and television industry for the past decade. 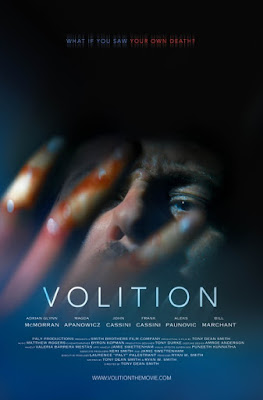 Posted by Chris Christopoulos at 00:57